To share your memory on the wall of Donald Nagle, sign in using one of the following options:

The gesture that can change the world

Provide comfort for the family of Donald Nagle with a meaningful gesture of sympathy.

The gesture that can change the world

It is with great sadness that the family of Donald G. Nagle announces his passing on December 9, 2018.
Don was predeceased by his parents, Roy and Mabel Nagle, and by his brother David. ... Read More
Donald G. Nagle

It is with great sadness that the family of Donald G. Nagle announces his passing on December 9, 2018.
Don was predeceased by his parents, Roy and Mabel Nagle, and by his brother David. Don is survived by his sister Carol Fish of Buffalo N.Y. and by many nieces and nephews, as well as many great nieces and nephews. Don is also survived by his wife Leona, his beloved son Anthony (Alison) Pangrazio, and several grandchildren.
Don was born May 3, 1926 and raised in Buffalo, NY. Like many young men at the time, Don left high school in order to serve his country during World War II. He joined the U.S. Navy and was the radio man/navigator on a TBM Avenger. After the war, Don returned home to Buffalo and officially graduated from Kensington High School in 1947. He then attended Canisius College, and earned his bachelor's degree in 1951. Don was always proud to have worked as a lifeguard at the Kensington-Grider swimming pool during those post-war school years.

Don went on to work for the Social Security Administration until his retirement in 1988.

Don was a very active member in the American Legion, in both Rochester and Bergen, and was the Bergen Legion Post's historian. He was proud of having attained lifetime member status in the American Legion and spread his deeply held patriotism when he visited local schools, presented flags to the children, and spoke about service.

Don had a deep and abiding faith and was a longtime member of the First Baptist Church in Batavia.

Don loved movies, music, mashed potatoes with gravy, ice cream, and eating at a number of his favorite local diners. Don's tremendously unique sense of "Nagle humor," along with his deep hearty laugh, will be missed by all.

In celebration of Don's life, friends are invited to attend a memorial service at the First Baptist Church, 306 E. Main St. Batavia N.Y. The service will be held on Saturday, January 5th, at 12 P.M.
In lieu of flowers, Don preferred that donations be made to Buffalo Niagara Honor Flight
PO Box 426 Clarence, NY 1403 or at www.buffaloniagarahonorflight.org
Read Less

We encourage you to share your most beloved memories of Donald here, so that the family and other loved ones can always see it. You can upload cherished photographs, or share your favorite stories, and can even comment on those shared by others.

Posted Dec 30, 2018 at 07:44pm
You couldn't find a more kinder or easy going guy than Don.
Many good memories of his gentle nature and his infectious sense of humor.
He made the world a better place to live.
RIP
Comment Share
Share via:
GH 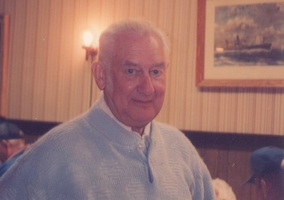